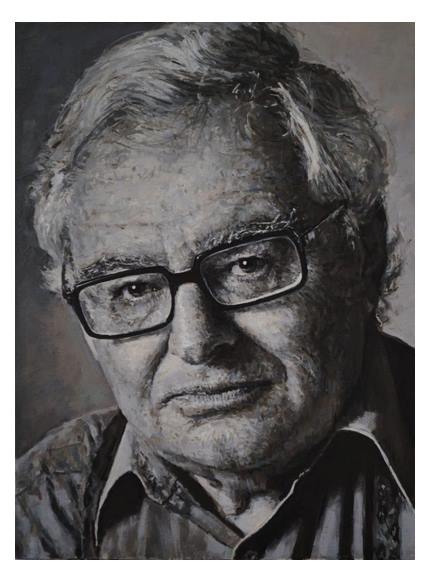 I am still grappling with the news… as I am sure many who were deeply influenced by his thought are. Jerry Alan Fodor, one of the principal philosophers of mind and perhaps the premiere cognitive scientist of our times, has passed away.

And so… we come to the end of an era! It’s surreal… really. I feel orphaned almost. But there is solace to be had, I suppose, in knowing that Jerry’s words and his thought will live on forever.

Jerry was one of the most influential philosophers of mind of the 20th Century. He received his undergraduate degree from Columbia University in 1956, and his Ph.D. in philosophy from Princeton University in 1960. His first professorship was at the Massachusetts Institute of Technology, where he taught for 27 years. He then held a position at City University of New York for two years, before moving onto Rutgers University in 1988, where he was State of New Jersey Professor of Philosophy and Cognitive Science. He retired in 2016.

Jerry argued that mental states, such as beliefs and desires, are relations between individuals and mental representations. He maintained that these representations can only be correctly explained in terms of a language of thought (LOT) in the mind. Furthermore, this language of thought itself is an actually existing thing that is codified in the brain and not just a useful explanatory tool. Fodor adhered to a species of functionalism, maintaining that thinking and other mental processes consist primarily of computations operating on the syntax of the representations that make up the language of thought.

For Jerry, significant parts of the mind, such as perceptual and linguistic processes, are structured in terms of modules, or “organs”, which he defines by their causal and functional roles. These modules are relatively independent of each other and of the “central processing” part of the mind, which has a more global and less “domain specific” character. Fodor suggests that the character of these modules permits the possibility of causal relations with external objects. This, in turn, makes it possible for mental states to have contents that are about things in the world. The central processing part, on the other hand, takes care of the logical relations between the various contents and inputs and outputs.

Among the most influential of his works were The Modularity of Mind, The Computational Theory of Mind, Language of Thought, Mind and Modularity and Minds Without Meaning. Through his works Fodor single-handedly transformed the study of the mind from pure philosophy to natural science, and yet retained a sense of mystery that enticed a generation that came to adulthood long after Jerry stopped being a full-time academic.

Goodbye, old friend. You have given me (us!) a reason to live, and for that I (we) will be forever grateful and indebted. I only wish I could have held your hand, one more time.